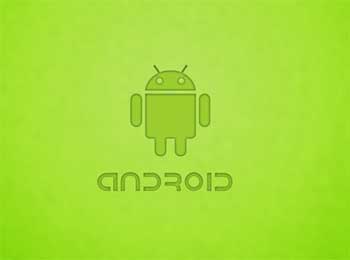 Originally the Android OS wasn’t designed for the Smartphone Market, It was actually developed as a Digital camera platform.

The First smartphone running Android was released in 2008, the HTC Dream or T-Mobile G1.


All Android versions, with the Exception of Android 1.0 & 1.1, are named after Confectionery and Desserts i.e. Jelly Bean, Ice Cream Sandwich and KitKat.

Android is actually Open-source which means that Individuals have the option to Modify source code of the OS and Manufacturers can add features.

NASA even uses Android. They sent 2 Nexus S handsets running Android Gingerbread into space to Test their Sensors in orbit aboard the International Space Station.

Irina Blok designed the Logo in 2007, the general Idea came from the man on toilet doors.

It Controls 88% of the World smartphone market.

It is based on the Open source operating system Linux.

Samsung had the Opportunity to buy Android in late 2004 but Passed the opportunity because They did not see any potential in it.

The very First Android phone from 2008 had No Headphone jack and required an Adapter.

In each Android version, an Easter egg can be revealed by continuously Clicking the version number in the ‘About’ screen.

Every Time you buy Android smartphone or tablet, Microsoft receive $10 to $15 per device. In 2013 Microsoft earned $2 billion in android Royalties for every Android device Sold.

Google Maps in Android is the biggest Achievement of Google. They succeeded to find Traffic based on Existing android device Moving speed.

Microsoft partnered with 74 smartphone Manufacturers to preload its popular productivity Apps and Services on tablets and phones.

Google doesn’t release the Source code of Android 3.0 Honeycomb that means You can not find a Source of this version online because of Google don’t want Developers to Design and build Honeycomb for a smartphone.