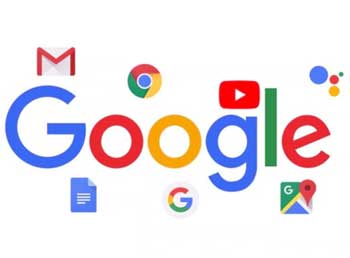 Google’s original name was Backrub based on the system Finding and Ranking pages based on Backlinks.

The modern Google name is a Play on the word ‘googol’ a Mathematical term for the number 1 followed by 100 zeroes.

Google was First stored on ten 4GB hard drives in a Lego casing.The Lego design would let the Founders expand Storage capacity easily. The Index now has over 100 million GB of data.


The Homepage is notoriously sparse because the Founders didn’t know HTML to make it Fancy and They wanted a Simple user interface.

Sun Microsystems co-founder, Andy Bechtolsheim, was the First investor of Google, who initially invested $100k in Google during August 1998.

Yahoo! declined Google’s offer for Infusion of cash and Later in 2002, Yahoo! wanted to Buy it for $3 billion but this time, Google refused it.

Alphabet Inc. is the Parent company of Google, which was founded in 2015 with the Desire to separate its Web services business from its other Ambitious companies.

Ad Business forms the Major contributor to the Revenue of Google and even Alphabet reaching to 84 percent of the Alphabet’s income in 2017.

Alphabet spent around $13.9 billion on Research and Development activities during the year of 2017, making it rank second to Amazon.

foo.bar is a Secret hiring tool that Google uses to recruit Developers and programmers with Superb coding skills. The Tool presents itself as a Game to its users, asking them to Solve coding challenges of Growing difficulty.

Google Receives and Processes over 3.5+ billion search Requests per day, which is equivalent to 1.2 trillion Searches per year.

Google is a Pioneer of Stylish workspace with Innovative decorations, thus Breaking the stereotypic cubic-style office spaces to spark Creativity.

Google actually rents a Massive herd of goats on a Regular basis, to Help manage the Weeds on the Mountain View campus property.

Google gifted a City-wide Wi-Fi to Mountain View known as ‘GoogleWiFi’, the City hosting its Headquarters in California.

PageRank isn’t the only Algorithm used by Google these days but it was the first.

Google employees in the US also get Death benefits, which guarantee that the Domestic partner or Surviving spouse will get 50% of their Salary every year for the Next decade.

There is a Rotated version of Google too, which is known as ‘Google Mirror’ that shows Everything in a Mirrored form.

The Company purchased YouTube in 2006 for $1.65 billion. Today, It’s worth $100 billion and is the Second-largest search engine in the World.