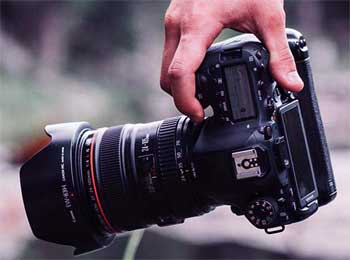 The First ever Camera described in the History was a Pin hole camera, dating back to 4th or 5th century.

The World’s Largest camera, built in 1899 and was called ‘The Mammoth’. It weighed 1,400 pounds and took 15 men to Operate. It’s Pictures were so Sharp, People first thought they were Fake.

The First instant Camera was invented by Samuel Shlafrock. It consisted of a Camera and Portable wet darkroom in a Single compartment.


Edwin Land invented the ‘Polaroid camera’, When his three-year-old Daughter asked him why She couldn’t see a Photo, he had taken of her, Right away.

The First Digital camera was developed by Kodak in 1975 but then Dropped due to Fears that it would threaten their Photographic film business.

The First Webcam was created to help People avoid pointless trips to the Coffee room at the University of Cambridge.

Digital camera and DSLR’s have a 30-minute Recording limit to Avoid the EU tax on high-end video Cameras.

Kodak’s First digital camera was made in the mid-70s. It Recorded the images to a Cassette tape and took 23 seconds to Save the file.

The Hubble telescope uses a Black & white camera. Scientists take Color pictures by putting a Blue filter in front of the Lens and take a Picture, then repeat with a Red, then Green filter. They then Combine the 3 images to Create a full-color Picture.

F-35B Fighter Pilots have a Helmet that accesses 6 cameras around the body of the plane, Allowing them to basically see through the Plane. Also, it costs around $400,000.

The Most Expensive camera, cost $2.8 million was sold at an Auction in Vienna. It was a Leica 0-Series camera, a 1923 prototype for the Groundbreaking Leica A.

There is an Extremely Rare camera lens manufactured by Canon, it has 1200mm Focal length and it Costs roughly $90,000.

A team at MIT invented the Camera that can capture 1 trillion frames per second, Enough to see Light travel in Slow motion.

In 1998, Sony had to modify all Cameras sold with a ‘NightShot’ feature due to a Bug that allowed the Camera to see under People’s Clothing.

There was the Camera known as Rapatronic camera invented in the 1940’s that could take Pictures of Nuclear bombs milliseconds after Detonation.

When the Gameboy Camera was originally Released, it was Entered into the 1999 Guinness book of records for being the World’s Smallest Digital camera.

In Some cities, Police officers were required to Wear a Camera in order to Document their interactions with Civilians. In these Areas, Public complaints against Officers dropped by 88%.

Most states in USA allow Security cameras in Dressing rooms, some behind Two-way mirrors.

In Japan, their Phone’s camera Shutter sound cannot be Muted.

The Largest camera Collection is owned by Dilish Parekh, a Photo Journalist from Mumbai. He owns 4,425 Antique cameras.