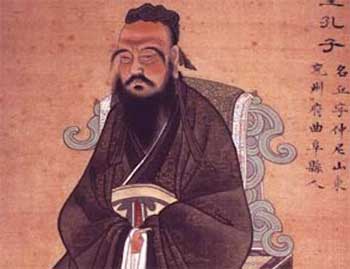 The Superior man makes the Difficulty to be Overcome his First Interest, Success only comes Later.

The Object of the Superior man is Truth.

A Superior man in Dealing with the world is Not for anything or against anything. He follows Righteousness as the Standard.

The Superior man Acts before he Speaks and afterwards Speaks according to his Action.

The Faults of a Superior person are like the Sun and Moon. They have their Faults and Everyone sees them, They Change and Everyone looks up to them.

Virtuous people often Revenge themselves for the Constraints to which they Submit by the Boredom which they Inspire.

A Gentleman would be Ashamed should his Deeds not match his Words.

The Nobler sort of man Emphasizes the good Qualities in others and does not Accentuate the bad. The Inferior does.

Virtue is more to Man than either Water or Fire. I have seen men Die from Treading on water and fire but I have Never seen a man Die from treading the Course of Virtue.

When a Man’s Knowledge is Sufficient to Attain and his Virtue is not Sufficient to Enable him to Hold, Whatever he may have Gained, he will Lose again.

The Man of Wisdom is Never of two Minds – the Man of Benevolence never Worries, the Man of Courage is never Afraid.

Words of Wisdom: Quotes about Different Aspects of Life by Socrates