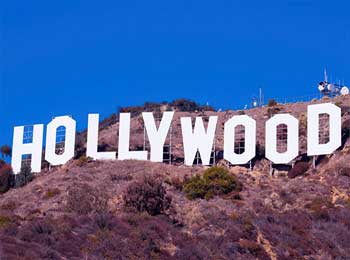 Director D. W. Griffith was the First to make a Motion picture in Hollywood. His 17-minute short film In Old California (1910) was filmed for the Biograph Company.

The most filmed author is William Shakespeare including straight Film versions, Modern adaptations, West Side Story and Shakespeare parodies.

The First film to receive an X rating under the Motion Picture Association of America system of classification was the Anti-establishment Greetings with Robert de Niro, though it later received an R.


The Smallest set for the Entire Action of a movie in terms of Confined acting space was the Lifeboat in Alfred Hitchcock’s Lifeboat.

The Tripwire killed and Crippled many Horses for the sake of Dramatic effect.

A Real bridge with a Real train crossing it was Blown up for the 1957 The Bridge on the River Kwai.

The Largest cast of Living creatures in a Hollywood film were the 22 million bees Employed by Irwin Allen in The Swarm.

James Cameron sought Hollywood funding for the movie Titanic not because he wanted to make the Movie but because He wanted to Dive to the Shipwreck.

The Largest number of Fatalities ever in a production of a film occurred during the Shooting of the 1931 film Viking. Twenty-seven people died, including the Director and Cinematographer, When a ship they were Shooting from Exploded in the ice off the coast of Newfoundland.

With an Alleged budget of $280 million, Avatar is one of the most Expensive movies of all time. The word Avatar is Sanskrit for “Incarnation” and is used in Hindu scripture to refer to Human incarnations of God.

Thomas Edison invented the First moving pictures, which were Small film images that could be viewed in a box. Initially, He was Opposed to showing movies on the Big screen because He thought One-on-one viewing would be more Profitable.

When Adjusted for Inflation, Gone with the Wind is the Highest Grossing movie of all Time.

The First sign that was Created spelled “HOLLYWOODLAND” in 1923.

In 1949, the Hollywood Chamber of Commerce entered a contract with the City of Los Angeles to Repair and Rebuild the sign. The Agreement stipulated that “LAND” be removed to spell “HOLLYWOOD” so the Sign would now refer to the District.

The Hollywood stars are a very popular destination for Tourists. In 2003 it was Reported that 10 million visitors visited.

One Major reason that Hollywood emerged as the center of Film making is that early on, Most movie making Patents were held by Thomas Edison’s company in New Jersey and Filmmakers were sued to stop their Productions.

The Annual Academy Awards or Oscars were first held in 1929 at the Hollywood Roosevelt Hotel. This fairly Cozy banquet was attended by 270 people. Only 15 different Awards were presented on that Night.

Adolph Hitler put Studio head Jack Warner on his “extinction list” because of his film Confessions of a Nazi Spy.

The First feature film created solely with Computer Generated Imagery (CGI) was Toy Story (1995). Over 800,000 hours of Mathematical equations went into the Film, which works out to more than a Week of computer time for Every second on the Screen.