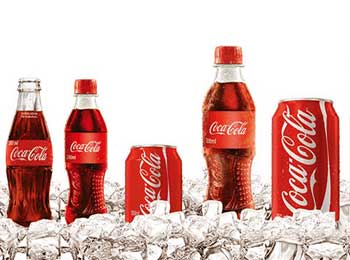 Coca-Cola was originally Invented as a Medicine by a Pharmacist Dr. John S. Pemberton in Atlanta in 1886.

The very first Coca-Cola products contained Cocaine, about 9 milligrams per Glass. It was Removed from the drink in 1903. The original Coke was also Alcoholic.

Only a Handful of people know the Coca-Cola recipe. According to the Coca-Cola website, the Concentrate is made centrally and then Exported to over 900 bottling plants around the World.

Coca-Cola has Traditionally been considered a Wonder Cure for everything including Hiccups, colic, Low libido and Relieving jellyfish stings.


Coca-Cola has so Many types of Drinks that it would take a Person drinking one a day over Nine years to Try them all.

Coca-Cola is the most widely Distributed product on the Planet.

There are only Two Countries where Coca-Cola is not sold – Cuba and North Korea.

Coca Cola contains very Strong acid, which is why it can be used to Clean things. Its Effectiveness can actually be Compared to that of Chemical household cleaners.

Approximately 96% of the world’s population Recognizes the Coca-Cola Logo.

Mexicans drink more Coke than any Other country in the World.

In 1931, Coca-Cola created the now Ubiquitous image of the Modern Santa Claus, with his Contrasting red and white clothes, which Mirror the colors of the Famous soda.

Coca-Cola was the First Commercial Sponsor of the Olympic Games in 1928.

The Shape of the Coca-Cola bottle is Patterned after a Cacao seed pod.

Coca-Cola has a Product Portfolio of more than 3,500 beverages, Spanning from sodas to Energy drinks to soy-based drinks.

Coca-Cola has also Reported that it’s name is the Second-most understood term in the world, behind ‘Okay’.

There are 33 Non-alcoholic brands that Generate over $1 billion in Revenue. Coca-Cola owns a Whopping 15 of them.

Coca-Cola’s $35.1 billion in Revenue makes it the 84th Largest Economy in the World, Just ahead of Costa Rica.

Altogether 1.7 billion servings of Coke products are Consumed Every day. 3.1% of all beverages Consumed around the World are Coca-Cola products.