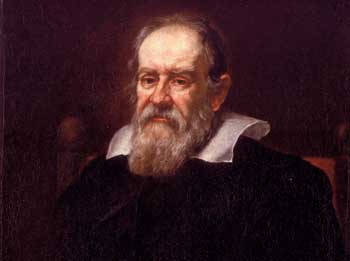 Galileo Galilei was a Famous Italian Physicist, Astronomer and Philosopher who made significant contributions to the Sciences of Motion, Astronomy and to the Development of the Scientific method. He is Best known for Improving the Telescope to Gain better knowledge of the Planets and Stars.

I have Never met a man so Ignorant that I couldn’t Learn Something from him.

You can’t Teach anybody Anything, only make them Realize the Answers are already Inside them.


Knowing thyself, that is the Greatest Wisdom.

Nothing occurs Contrary to Nature except the Impossible and that Never Occurs.

Where the Senses Fail us, Reason must Step in.

Nature is Relentless and Unchangeable and it is Indifferent as to Whether its Hidden reasons and Actions are Understandable to Man or not.

Two Truths cannot Contradict one another.

You cannot Teach a man Anything, You can only Help him Find it within Himself.

All Truths are Easy to Understand once they are Discovered, the Point is to Discover them.

Passion is the Genesis of Genius.

In the Sciences, the Authority of Thousands of Opinions is not Worth as much as one Tiny spark of reason in an Individual man.

Science proceeds more by What it has Learned to Ignore than What it takes into Account.

Names and Attributes must be Accommodated to the Essence of Things and not the Essence to the Names, since things come First and Names afterwards.

The Sun, with all those Planets Revolving around it and Dependent on it, can still Ripen a bunch of Grapes as if it had Nothing else in the Universe to do.

Mathematics is the Language with which God has written the Universe.

To be Humane, We must ever be Ready to Pronounce that Wise, Ingenious and Modest statement “I do not know”.

Philosophy is Written in that Great book which ever Lies before our Eyes – I mean the Universe but we cannot Understand it. If we do not First Learn the Language and Grasp the symbols, in which it is Written.

The Less people know and Understand about them, the more Positively they attempt to Argue concerning them, While on the other hand to Know and Understand a Multitude of things Renders men Cautious in passing Judgment upon anything New.