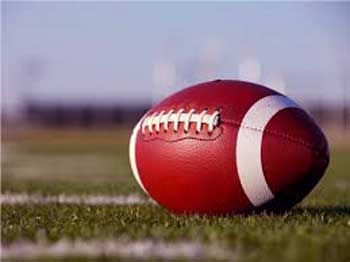 American football started as a mixture of Soccer and Rugby and was first played in 1869. It wasn’t until the 1800’s that it was shaped into the game we know today, with the help of Walter Camp also known as the “Father of Football.”

The First Football Game Was Played in 1869 Between Rutgers and Princeton.

The American Professional Football Association wasn’t created until 1920 and a couple years later changed its name to the National Football League (NFL).


The NFL is tasked with ensuring that the rules of the game are being followed. They also organize the Super Bowl. The NFL currently organizes 256 games over 17 weeks.

The National Football League is composed of 32 teams. Each conference has one champion each year. Those two championship teams then play each other in the Super Bowl.

The NFL did not decide to move the Goal posts to the back of the end zone until 1974.

The Pittsburgh Steelers have won six Super Bowl Championships. They have played in eight Super Bowls and are one of three teams to have made it to the Super Bowl that many times.

The Denver Broncos played in Seven different Super Bowls. Unfortunately, they lost five of those championship games, giving them the unenviable title of the team with the most Super Bowl losses.

Sarah Thomas will become the first full-time female official in NFL history when the 2015-2016 football season gets underway.

Jerry Rice holds the record for the most touchdowns in the NFL. The wide receiver amassed 208 touchdowns from 1985 to 2004.

While Football players have multi-million dollar contracts, the cheerleaders performing on the sidelines are paid very little in comparison. Cheerleaders earn an average of $125 a game.

Wilson, a Sports equipment company, has an exclusive contract to provide the footballs for NFL games. Wilson currently produce an astonishing 4,000 footballs every day.

There have been 224 sets of fathers and sons and 348 sets of brothers who have played in the NFL.

The Huddle was first used in the 1890s by quarterback Paul Hubbard, who was deaf. Hubbard was concerned the other team could interpret his hand signals, so he brought his teammates into a round formation to call plays.

The First professional football player was William “Pudge” Heffelfinger. He was paid $500 to play in a game in 1892.

Footballs are actually made out of cowhide, even though they are commonly referred to as a “Pigskin”. The actual shape of a football is a Prolate spheroid.

It takes 3,000 cows to supply the NFL with enough leather for a year’s supply of footballs.