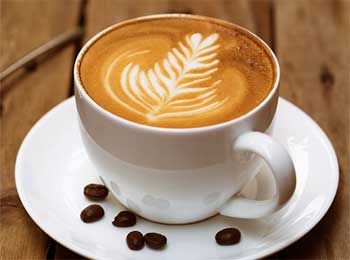 The Majority of Coffee is produced in Brazil. It Produces 40% of the World’s coffee. Second place holder is Vietnam.

The word ‘Coffee’ comes from the Arabic word for ‘Wine’ Qahwah later became kahveh in Turkish and then koffie in Dutch, which is where we get the English word Coffee.

Before people Learned how to Brew coffee, East African tribes Mixed Coffee berries with Animal fat and Consumed it as Food.

People working at the University of Cambridge invented the First ever Webcam with the Sole Purpose of Checking the Status of the Coffee pot.


There is two Main Categories of Coffee: Robusta and Arabica. Robusta coffee has a more Acidic and Harsh flavor with a Higher level of Caffeine. Arabica is known for its Delicate flavor and Lower acidity.

The Largest cup of Coffee ever Filled a 9-foot tall cup. The 3,487-gallon Serving earned a Guinness World Record in 2012.

The Guinness World Record Holder for the ‘Oldest Cat Ever’, a 38-year-old cat named Creme Puff – Drank coffee Every morning her Whole life.

Finland consumes the Most Coffee in the World.

Coffee Beans are only called ‘Beans’ because of the Resemblance but They are actually Berries.

Coffee was Banned in Mecca in 1511. It was Believed to Stimulate Radical thinking and Idleness.

‘Kopi Luwak’ is the most Expensive Coffee in the World. It comes from Indonesia and is made from Beans digested from the Asian Palm Civet. In other words, It comes from Cat poop. It Sells for €350 and up per kilo.

The ‘Big Four’ Coffee Roasting companies – Kraft, P&G, Sara Lee and Nestle which buy about 50% of the Coffee produced worldwide.

It’s the World’s 2nd Largest traded commodity. Crude oil is First. Coffee is Consumed in Great quantities, making it the Most beloved Beverage after Water. It’s Worth is over $100 billion worldwide.

In 1932, Brazil could not Afford to send its Athletes to Los Angeles for the Olympics. As a solution, the Government placed them on a Ship full of coffee which was Sold to Finance their trip.

It is Estimated that roughly 80 to 100 cups of Coffee would be a Lethal dose for an Average adult.

The name ‘Cappuccino’ was inspired by Monks. This Name was adopted from the Clothing that Capuchin Monks wore.

Caffeine consumption during the Evening or During times of rest can cause a Delay in our brains. This Slows down our Melatonin production. It also Interrupts our Circadian rhythm by about 40 minutes.

Espresso means ‘Pressed out’ in Italian.This Refers to the way Espresso is made by Forcing boiling water through Pressed coffee grounds.

The Drink dates back to 800 A.D. Legend has it that 9th-century Goat herders noticed the Effect caffeine had on their Goats. A Local monk then made a Drink with the produce and found that it kept him Awake at night, thus the Original cup of Coffee was born.