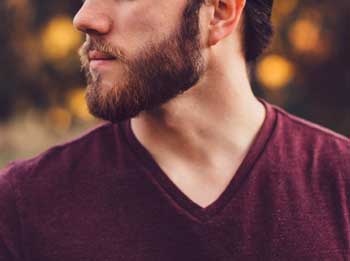 Gold beards were all the Rage back in ancient Egyptian times. Men would Dye their Beards and Plate them gold to Showcase their High ranking position.

Just before the Battle of Ardela, Alexender The Great called to his Soldiers. He had an Understanding that Beards were Dangerous in hand-to-hand Combat and made all of his men Shave.

During the Middle Ages, Anyone who Touched other man’s Beard was considered Offensive. The Act was grounds for a Duel. The Beard was a sign of a Virility and Honor.

In the 16th century, Men started Experimenting with their Beards and came up with trends such as the Forked beard and even a Style called the Stiletto beard.


Beards were once Taxed, It’s true. Peter the Great encouraged Clean Shaveness and for those who didn’t Comply, He taxed them 100 rubles a year for a Medallion. This Medallion served as a License to wear a Beard.

In 1860, An 11-year-old girl named Grace Bedell wrote a Letter to then Presidential hopeful Abraham Lincoln, Encouraging him to Grow a Beard to attract more votes.

Shaving your Facial Hair does not make it Grow back thicker. Shaving facial hair gives the Hair a Blunt tip. This means it feels Stubbly or Coarse and may look Darker but it is No thicker.

The Study of Beard is known as Pogonology.

Pogonophobia is Fear of beards.

A Beard may help if you Suffer from things like Pollen or Dust allergies. It some cases it can Work like a Filter to keep them from Settling.

On Average, a Man’s beard will Grow 5.5 inches per year.

The International Boxing Association prohibits Amateur Boxers from having Beards.

Dihydrotestosterone is the Chemical that promotes both Beards and Balding among men. Seasonal changes affect its Level in the Body.

In the USA, Beards are Banned by Military and Police Departments.

A Study found that Facial hair can block up to 95% of the Sun’s Harmful UV rays.