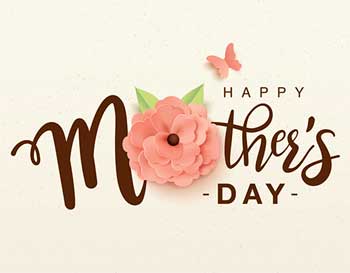 Mother’s Day isn’t always on the Same date each year. The Holiday is celebrated Every year on the second Sunday of May.

One of the Earliest Mother’s Day celebrations was in Ancient Greece. The Greek would have spring Celebrations in honor of Rhea, the Goddess of fertility, Motherhood and Generation.

Mother’s Day is Celebrated in close to 50 Countries in Different parts of the World.

Mother’s Day was first suggested by a famous poet in 1870.


In 1912, Anna Jarvis trademarked both ‘Mother’s Day’ and the Second Sunday in May. She also created Mother’s Day International Association.

Woodrow Wilson signed Mother’s Day into law in 1914 as a nationwide holiday.

Mother’s Day is the Third Most popular holiday in the World, behind only Christmas and Easter.

Mother’s Day is the Third highest selling holiday for Flowers and plants. Around approximately one Quarter of all the Flowers purchased throughout the year are bought on this day.

The Amount of Money spent on Mother’s Day in the U.S. is approximately $14 billion.

M is for Mother. Across languages, most words for ‘Mother’ start with the letter M.

Common gifts on Mother’s Day include: Flowers, Dinner or lunch in a restaurant, Jewelry, Gift cards, Clothing and Treats such as a trip to a spa. Books, CDs, Housewares and Gardening tools are popular gifts as well.

Mother’s Day is typically the Busiest day of the Year for Restaurants, with some 80 million adults Dining out.

According to the Pew Research Center, More Phone calls are made on Mother’s Day than any Other day of the year.

In Bolivia, the Date chosen for Mother’s Day was based on the day that Women participated in a battle. Other countries have also Chosen the Date for Mother’s Day to coincide with Holidays that also celebrate women.

In the Former Yugoslavia, Children would tie up their Mother on Mother’s Day. In order to be freed she had to Pay them with Treats.