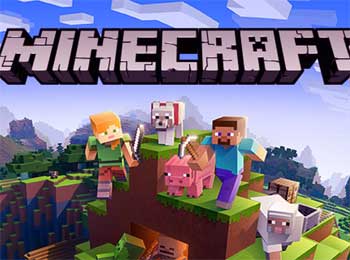 Minecraft was Developed using Java and few other latest Programming Software to support the Game’s demand for Movements and Logical coding series.
.
Minecraft is Categorized as an Educational digital tool. It aim is to allow players to Create something out of Blocks like Making a sub-urban village, amusement park, zoo etc. anything or anyplace the user Desires to.

There are few Minecraft players notice that sometime, instead of Minecraft as a Window header title as most Game application, It only displays ‘Game’.

Although the First version of Minecraft was built in a mere Six days, It wasn’t until two Years later that the Game was deemed complete.


Markus Alexej Persson also known as Notch created Minecraft in hopes to Develop a better 3D game. Minecraft seems to be an Extension of the Prior game – the RubyDung.

Minecraft is a Collection of all Concept of Notch’s previous Developed game.

Creators included a Minecraft language which is the Endermen language. It is just an English language spoken Backwards.

A School in Sweden has required Minecraft as part of their Mandatory topic in one of the School Curriculum.

The Codes for the Creeper’s height and crumpled like figures are just lazy Trial and error codes of Developers that eventually Turned out perfectly as Minecraft’s horrendous Monster mob.

Minecraft named Ghosts from Nether (a place from Minecraft) as Ghasts. The Voice from these ghasts are recordings from Real life cats.

One normal Block in Minecraft is equivalent to One meter.

Minecraft was programed with the same concept as Lego blocks, the company has also Produced the first Minecraft LEGO figure and toys.

Minecraft’s success is Credited to Positive response from Previous players and Continually recommends it to others.

Markus Sold The Company To Microsoft For $2.5 billion.

In an Incredible feat, Denmark has been totally Recreated in Minecraft by Simon Kokkendorf and Thorbjorn Nielsen. They even Pulled public data about roads and buildings to get Everything right.