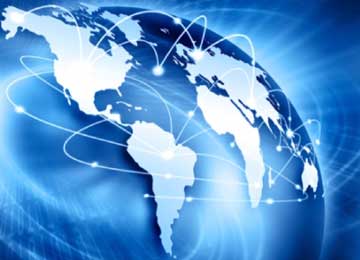 Approximately 3.2 Billion people use the Internet and 1.7 billion of those Users are from Asian countries.

It took the Internet a mere Three years to reach 50 million users. The Television took 13 years while the Radio managed to Achieve the same feat in 18 years.

The Majority of Internet traffic isn’t generated by Humans. It’s mostly bots like the ones run by Google and other Search engines. There is also just a Ton of Malware.

Approximately 204 million Emails are sent every minute and over 70% of them are Spam.


Online Dating services generate approximately $1 billion dollars Every year and It is estimated that about 19% of the World’s couples met because of the Internet.

The Pages that you Search for are just a Minuscule percentage of the Internet and is often referred to as the “Surface Web”. The Remaining part is called “Deep Web” and it is much larger than the Surface Web.

Dark Web – All it takes for a site to be part of that world is to unindexed by Google and maybe protected by some encrypted code.

China leads the world in terms of the Total number of Internet users with over 630 million people. Norway, However, has the Highest percentage of its population using the Internet at 95.05 percent.

South Korea and Japan have the Best internet right now because the Average bandwidth Speed in these locations is 22Mbps.

A Group of 14 people meet four times a year as part of the “Key Ceremony”. These 14 people belong to the Internet Corporation for Assigned Names and Numbers (ICANN) and are the ones who actually Control the way we Navigate the Internet.

The most Expensive keyword for Google AdWords is “Insurance”.

The most Common form of ‘Cyber terrorism’ is a DDOS or Distributed Denial of Service attack.

The First website created, is still Online. It’s a basic HTML site and the Page contains a few lines of text. The page was Written with the Help of the first version of HTML.

30,000 websites are Hacked every day. Highly effective computer Software programs are used by cyber criminals to automatically Detect vulnerable websites which can be hacked easily.

First webcam was created at the University Of Cambridge to monitor the Trojan coffee pot. A live 128×128 gray scale picture of the State of the Coffee pot was provided as the Video feed.