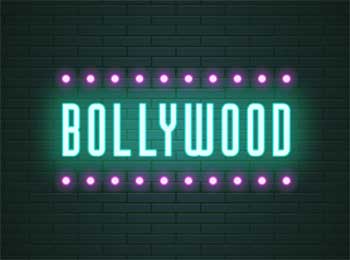 The First motion picture in India was ‘The Wrestlers’ screened in 1899 a Portrait photographer called Harischandra Sakharam Bhatavdekar.

Mughal-e-Azam (1960) was a trilingual – with all scenes shot thrice in Hindi, Tamil and English. When the Tamil one flopped miserably, the English language one was aborted.

When Sridevi was only 13, she played Rajinikanth’s stepmom in a Tamil film called Moondru Mudichu.

Indians buy 2.7 billion Movie tickets annually, the Highest in the world but Average ticket prices are among the lowest in the world. So Revenues are a Fraction compared to Hollywood.


For a country that is Obsessed with Films, There are still very few Cinema screens. India has fewer than 13,000 screens compared with nearly 40,000 screens in the US.

Kaho Naa Pyar Hai was added to the Guinness Book of World Records 2002 edition for Winning the most number of Awards for a movie. The Movie won a total of 92 awards.

The song ‘Ab Tumhare Hawale Watan Saathiyon’ in the film by the same name is the Longest Hindi film song. The Length of this iconic song is 20 minutes and the Song is featured in three installments in the Film.

When Dharmendra first joined the Film indutsry, his Salary was the meagre sum of Rs. 51 only.

Yaadein is a 1964 movie of 113 minutes and features Sunil Dutt as the only actor. It’s featured in the Guinness Book of World Records in the category of fewest actors in a narrative film.

Manthan (1976) by Shyam Benegal was technically produced by 5,00,000 farmers of Gujarat. This Movie was Funded by the Largest number of individuals ever.

LOC Kargil and Mera Naam Joker are the two Longest Bollywood films of all Time with a running time of 4 hours and 25 minutes.

Jeetendra started his Career as a Body double, that too for Actress Sandhya in her film, Navrang.

The Movie ‘Rockstar’ was actually shot in Reverse where the Climax of the movie was Shot first. This was because the Film-makers didn’t want to mess up with Ranbir’s hairstyle.

Dilwale Dulhaniya Le Jayenge has been Running in theatres for over 1000 weeks and inturn, is the Longest running Movie in the world.

Amitabh and Abhishek Bachchan hold the Guinness World record for being the only father-son duo to have played reversed roles on-screen in the movie Paa.