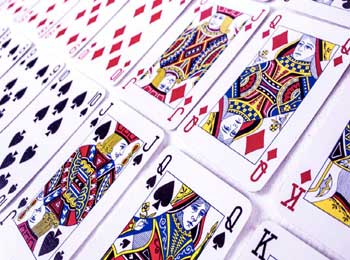 It is Believed that the First printed card Deck was made around 13 centuries ago and Consisted of only 32 cards, which included All Combinations of a Pair of dice. The Decks were initially Printed on paper, wood and even bone.

Over the Centuries, Decks of Cards have come in Variations of 24, 36, 40, 48 and just about any Amount in between.

Just like there are 52 cards in a Standard deck, There are also 52 weeks in a Year and if you Add up all the symbols in a deck of cards, it Equals the same Amount of days in a year that is 365.

The Rarest and Oldest deck of cards is considered to be a 52-card Tarot deck from mid-15th Century Netherlands.

The World’s Largest manufacturer of Playing cards is the United States Playing Card Company. Their Product line includes many of the most well-known Brands of cards including Aviator, Bee, Bicycle, Tally-Ho and many others.

Specially constructed Decks were sent to American soldiers who were being held in German camps during World War II. What made these cards so Unique was, Once they became Wet, they peeled apart. Inside, the Prisoners found parts of Maps that would Lead them to Freedom.

The Negative Space between all the Pips on the Eight of Diamonds actually Depicts the figure Eight.

Most Casino playing Cards are made of Plastic for two main reasons: First, They are better for Frequent handling and Last much longer than Paper cards. Second, They are significantly more Difficult to Write on, which in Turn, makes it Hard for players to Try and Cheat.